On a recent visit to Hever Castle, in Kent, my three year old started asking lots of questions about the castle’s defences and what would happen during “a battle”. 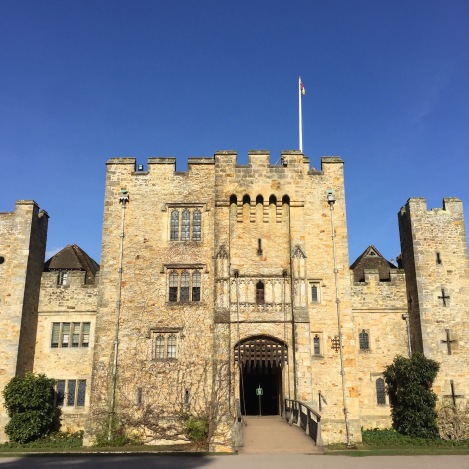 One of the castle’s rooms (where the axes, swords and torture equipment are displayed) has a suit of armour, the mechanics of the portcullis on display, and a picture of trebuchet’s being used to attack a castle. This has been my favourite room in the castle for as long as I can remember. Not, as you might imagine, because I have some predilection for sadism and torture, but rather because it brought history to life for me in a way that tapestries and paintings never could.

I can remember being old enough to read the descriptions of the items in the cabinet and being fascinated and horrified at what these items had been used for.  My eldest son can’t read yet, but his enthusiasm for history matches my own and his imagination is twice as vivid.

As we get closer to him turning four, he is becoming more and more inquisitive and so, this room that he has seen a dozen times, suddenly took on new depths of our last visit.

“Mummy, what is that for?” he asked, pointing to the manicles. I hesitated. “Well, they aren’t used now. They were used a very long time ago. What do you think they were for?” A smirk spread across his little face… “For tying up the baddies when you wanted to custard pie them!”

Yes!! That will do for me. The swords were used in battle and “for wearing with your armour and shield” and axes were for “chopping wood up so you could be warm”. We hurried past the bridles,  scolds and flays “is that a tickling stick?” and he became fascinated by the portcullis mechanism and the drawbridge. 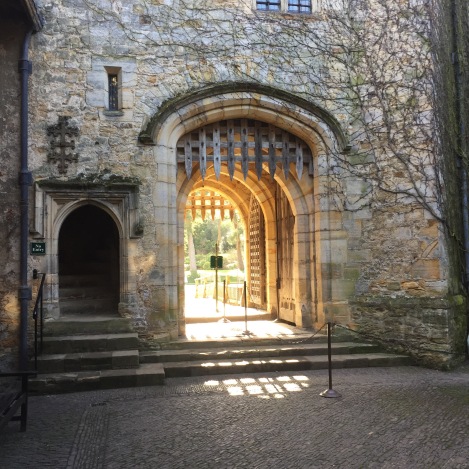 We talked about castle defences and how the people who lived there kept themselves safe by shutting the drawbridge and using the moat as a barrier and his little brain began to cook up the best anti-intruder deterrents! Think medieval ‘Home Alone’ and you’re there…

Doing a “wee wee on the baddies” through the murder holes above the portcullis; putting “crocodiles and green slime” in the moat; firing custard pies out of the windows and “making sure the baddies learned their lessons”. On seeing the trebuchet, he announced it “the best custard-pier in the land” and asked if we could get one from the gift shop. 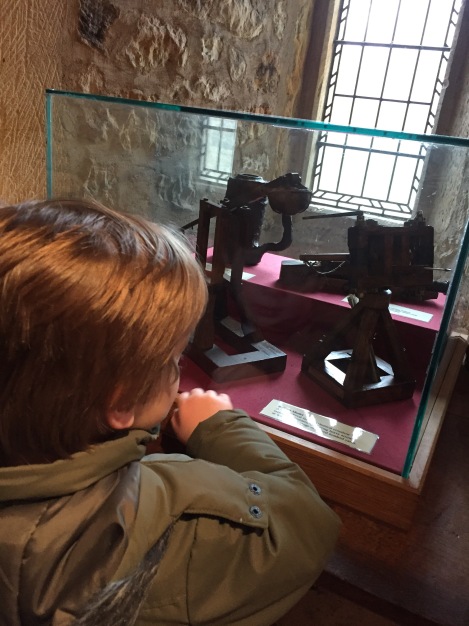 I love watching his mind whir and seeing how he pieces together the history that we, as adults, know so well. To him, the castle was not only home to Ann Boleyn (2nd wife of King Henry), but also home to “the spinning wheel from Sleeping Beauty and the spooky dookey staircase she climbs”, suits of armour that belong to knights who “must get very tired standing in the corner all day long” and “the best custard-pier in the land”. 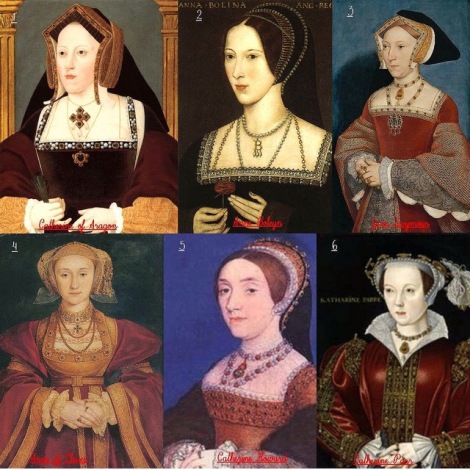 He knows all about the six wives of Henry (he married 3 Catherine’s, 2 Ann’s and 1 Jane “so it made it easier for him to remember all their names”) and his three children, he’s seen the bed he used to sleep in: “I bet he snored like Daddy” and even met the man himself. Slightly awestruck, he just about managed to utter the words, “you’re my favourite King!”

But, the best bit for me is that he knows nothing of the protagonists’ ultimate fates. His is a Disney-eye-view of The Tudors, and it’s just perfect.

Oh to be three again, when everyone has a happy ever after… Everyone except the baddies, of course, who (covered head to toe in custard) are always destined to meet a very sticky end.